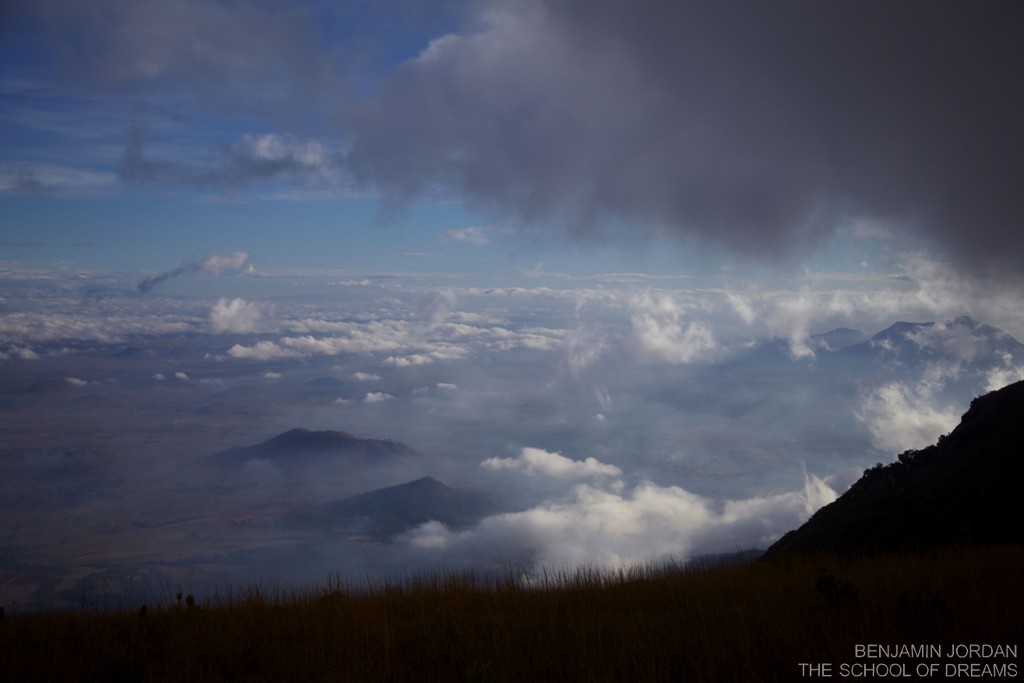 Stuck in a Cloud with Americas Best

When I signed up for my first paragliding lesson ten years ago, I felt that I was achieving some unsurmountable height simply by paying the deposit to do something so unbelievable. How then, is it possible that, after spending three days stuck on top of a remote mountain with three of North America's top-ranked paraglider pilots, today could just feel like another day at the office?

Not long ago, Nick Greece, Matt Beechinor and Gavin McClurg payed us a surprise visit when they rolled up to our SPOT co-ordinate in a remote part of central Malawi. They had been travelling around Africa, producing short documentaries about extreme do-gooding and chose to lend the School of Dreams project a hand.

After a successful week of pioneering new sites in the Dedza area, we chose to thank them by taking them up to our launch on Mt Mulanje. The incredible sunset, illuminating our journey to the top, left us with sweet dreams of glorious skies to come. The next morning however, we were greeted with a fog so thick one could barely see their own feet. High in spirit, the dream team kept warm in an old alpine cabin left over from the British occupation. We stoked the fire, told countless stories and played cards well into the night.

The second day begun and ended with the thick blanket of cloud as did the third. After 72 hours, the guys were still managing to crack the odd smile but I could tell that I wasn't the only one about to go insane. On day four, Gavin spotted a break in the cloud and the cabin emptied out to marvel at the glowing blue hole. As more and more breaks appeared, our eager group quickly gathered their gear and headed out to launch.

Uncertain of the conditions, Greece went first and quickly disappeared below the ridge line. In silence, we waited hoping our brother would not land out and have to endure the four hour hike back up. Then with a loud "woo-hoo" Nick's bright orange canopy emerged to the north and the rest of us flew out to meet him. For the last hour before sunset, we enjoyed lofty conditions, boating around the impressive jagged peaks spread across Mulanje's great spine.

Two hours later, the entire gaggle landed back up top, smiling so hard it was almost impossible to speak. That night we compared photographs until we nodded off, each dreaming of the incredible day to come.

As the sun rose over the eastern ridge, you could smell epic-ness in the air. The pro's quickly checked through all of their fancy gear but it was clear that this was the kind of day that anything with a heartbeat would have felt like a top-gun. 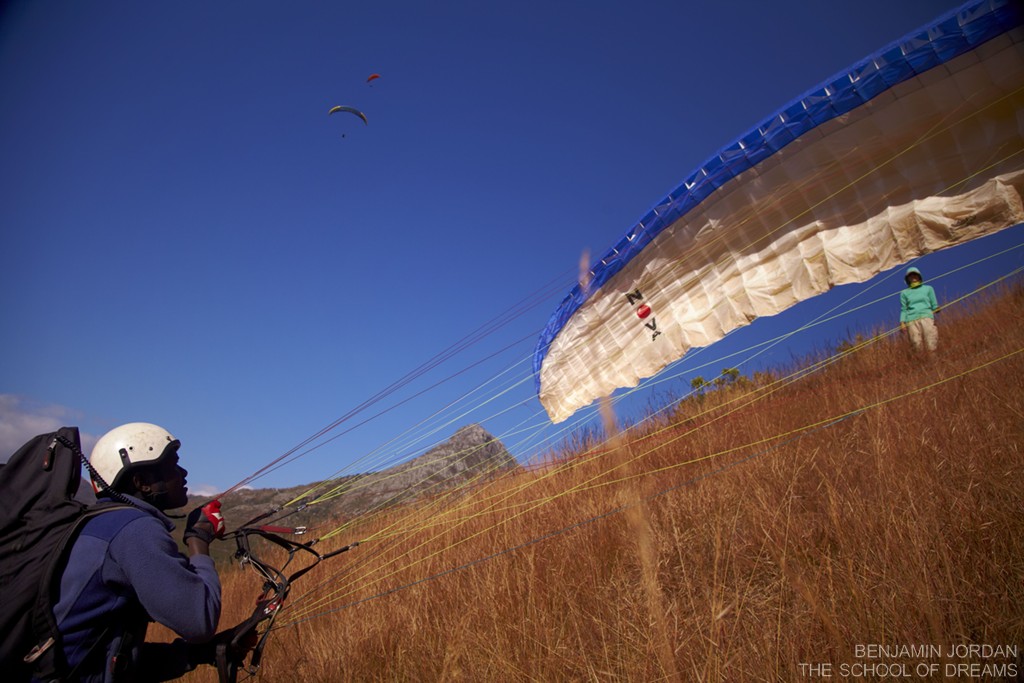 At the sight of a yellow butterfly being blown up the slope, we clipped in and launched into the strongest lift I've felt here over the past three years. Like a proud parent showing off his baby girl for the first time, I raced after the gentlemen from ridge to ridge and peak to peak. After a few hours of beefy thermic conditions, we top landed to regain our composure, then pushed back out into the buttery afternoon air.

As the sun begun to set, the US them caught one last climb and sailed off 20 km towards the fiery red ball, where their truck was waiting to carry them onward to Mozambique. Having missed the climb, I waved goodby and landed below, joining the SOD team at the chief's. That night, we laughed while digesting the last two weeks of incredible progress and adventure, filled our bellies and got ready for another great day at the office. 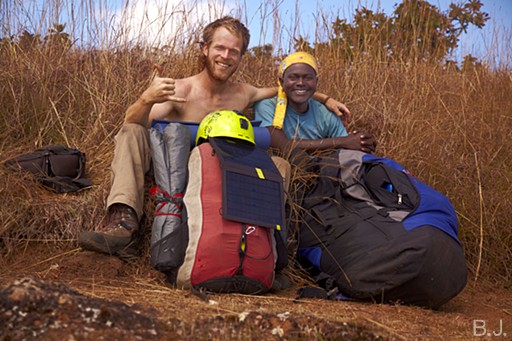 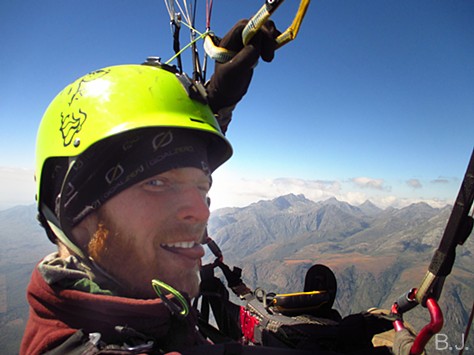 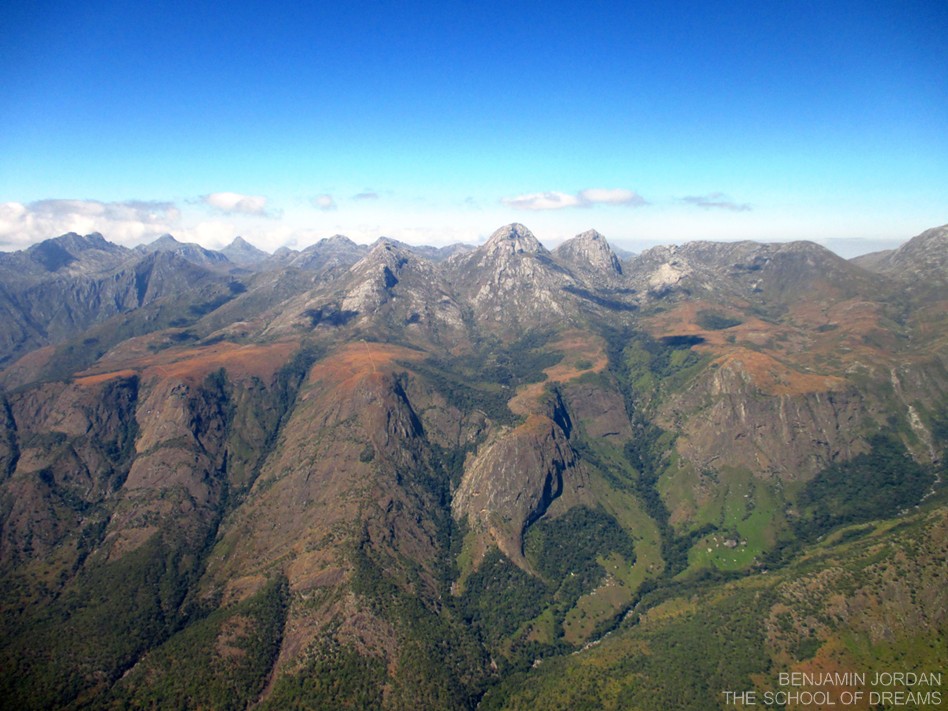 I never thought it could happen to me.  [show:image:21328]As I scoured Google Maps in search of Malawi's highest peak, my objective was to train the first Malawian to paraglide, have him fly from there, and make a film about it. It was an epic 'top-to-bottom' and we all went home satisfied.  Three years later and I have returned to this magical land with a deep hunger, no longer to teach others, but to teach myself. The lesson: Fly far and high in a land no paraglider has ever explored.  After a three hour hike in, my team and I found ourself perched 500 metres above the valley floor. The thermic cycles were strong and frequent so we wasted no time. Within ten minutes of launching, I was wishing I had setup my in-flight pee tube; not because I had forgot to go earlier, but because I was so excited I could hardly contain myself.  [show:image:21330]My wildest of dreams had come true! The great Mount Mulanje, upon which I often gazed while training Godfrey years back, was allowing me to fly along its beautiful body: A medley of ancient spires, massive caves and painted cliff faces. Throughout the entire flight, I had a feeling that this rock knew something I did not, suggesting that I tread lightly for this incredible mountain commanded the respect of a dinosaur.  As the short winter's day came to a close, I landed on a dirt road to the tune of hundreds of cheering villagers. They had all whitened something they had never thought possible. So had I.  View this flight online or in Google Earth here: [url=http://www.paraglidingforum.com/leonardo/flight/922361]http://www.paraglidingforum.com/leonardo/flight/922361[/url]  [group:image:21331][group:image:21332][group:image:21336][group:image:21367][group:image:21369][group:image:21384] [group:image:21334][group:image:21318] 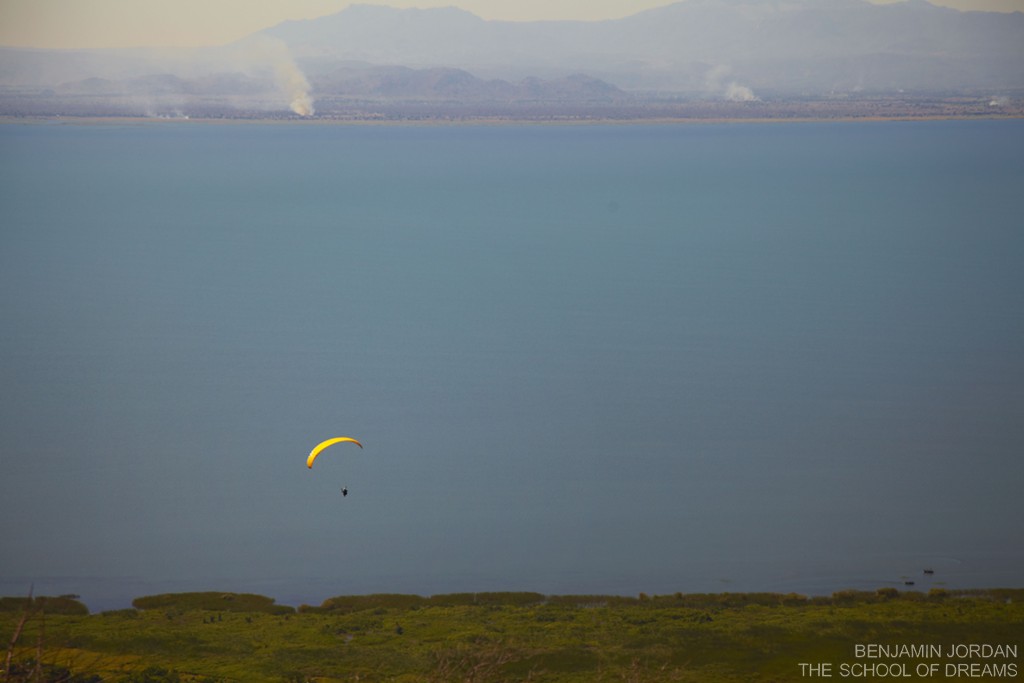 At about 5 km/h, I drifted patiently along the long, low ridge, relishing in the joy of the shouting villagers below. Smelling the sweet lake breeze, I imagined the experience of having spent an entire life in such a remote place only to, one day, look up from my fishing boat to find a giant banana swinging a foreigner to and fro. Just when I thought I knew a thing or two about this tiny country, it surprised me with a curveball I could have never expected--the north.  [right:image:21385]A we unfolded the map of new places to explore, I looked out the window and noticed less people, more forests, new types of food and a heavy accent -- something I later learnt was an entirely new language!  [left:image:21373]The north is largely occupied by the majestic lake Malawi. With a greater diversity of freshwater species than any other lake on earth, it's not a surprise to see how it supports all of the life in this region. And, although the majority of people here fish, their traditional moods ensure that this great source of life will continue to provide for millennia to come.  [right:image:21376]A northeasterly, having set in overnight, directed our team to a sexy, 250 meter, cliff about ten minutes down the road. From the farming community atop, we took in picturesque views of the lake below and, with the help of the locals, cleared a launch from a dried up Kasava patch. Though they had no idea as to why, all the pieces came togh as we strapped in, buckled our helmets and stepped out into the beautiful scenery before them.  B :)